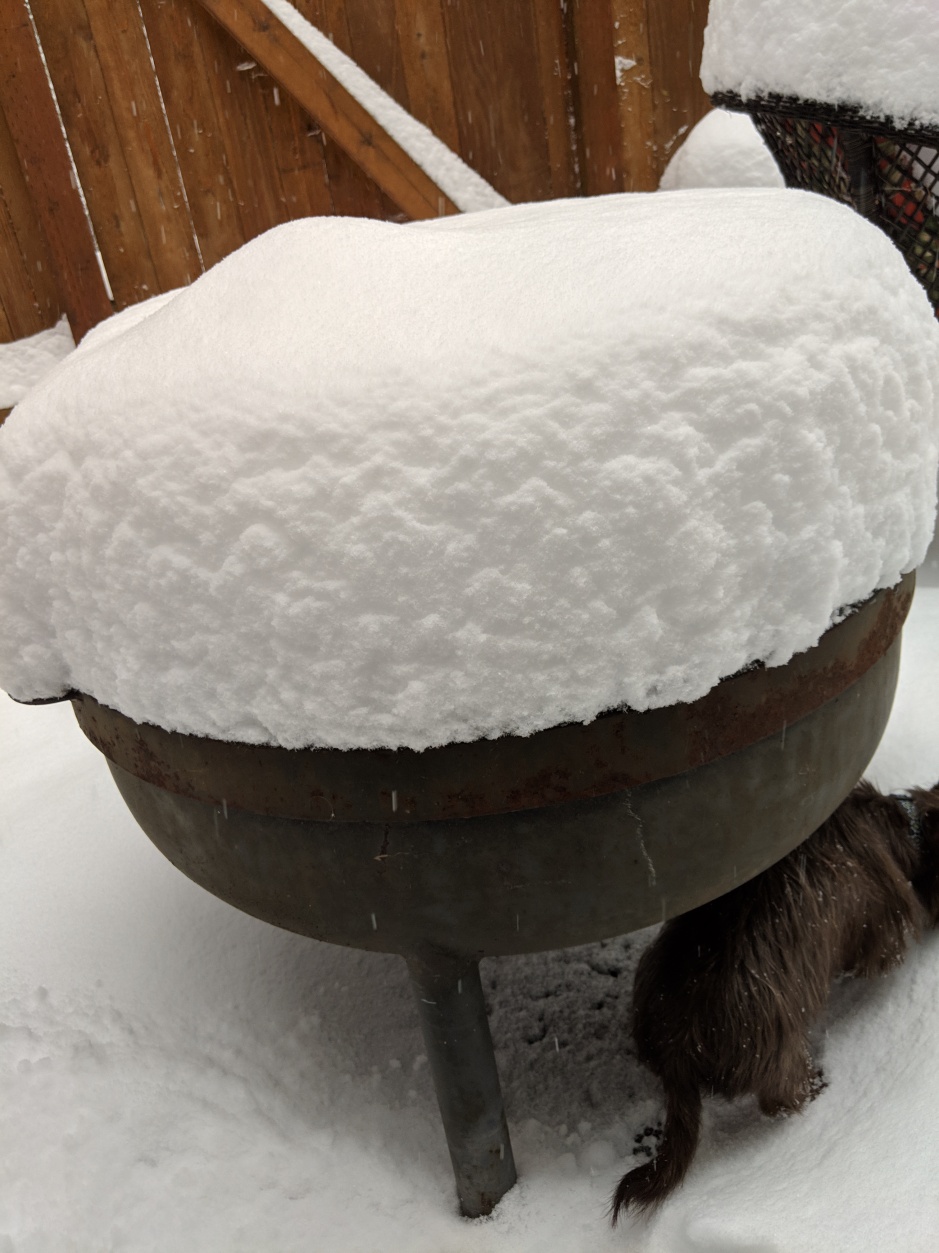 So this is winter in the PNW.  We had, in our hood, about 11 inches between Sunday night and waking up on Monday.  What a load. And now, just five days later, another storm is on us with more cold stuff.  And if you can believe it, a third snow is expected in another 2-3 days.  It just keeps happening.  I’m starting to dislike it more here than in VA.

We expected it more in VA, but here we thought a few inches, some rain, some cold, more rain…  It’s not working out the way we hoped.

We are very proud of Cali Pup, however. She sort of disappeared in the first snow, so Bean shoveled her a path on the patio (second snow covered that, so she has already re-shoveled it).  Being on the smallish side, Cali gets cold quickly, but Bean hustles her along and won’t let her stay out more than 10-215 minutes.  Truth is, I suspect it’s as much for the Bean’s comfort as Pup’s that she makes her come inside quickly. She has done very well (Pup) with it.  She’s managed to ferret out the tiny twigs (sticks to her) and baby cedar cones she loves to crunch down beneath the white stuff.  She also sampled the snow (Bean grimaced) in a hopefully clean spot.  She’s no longer discriminating – the entire patio is now her “spot” so we’ll definitely be shoveling, even after the snow is gone. It just started an hour ago, so there is more to come (6″-10″). And there is plenty still left behind!! 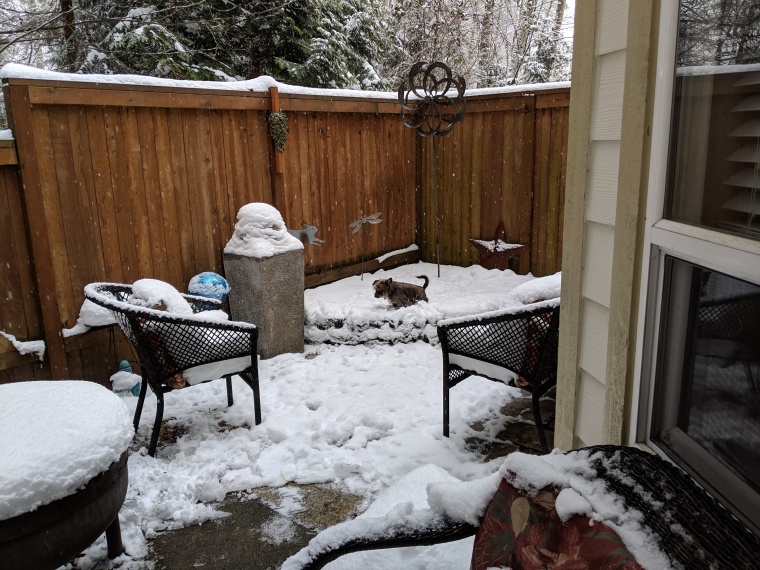 Just wanted to let you all know we were alive, but cold and a wee bit snowy.