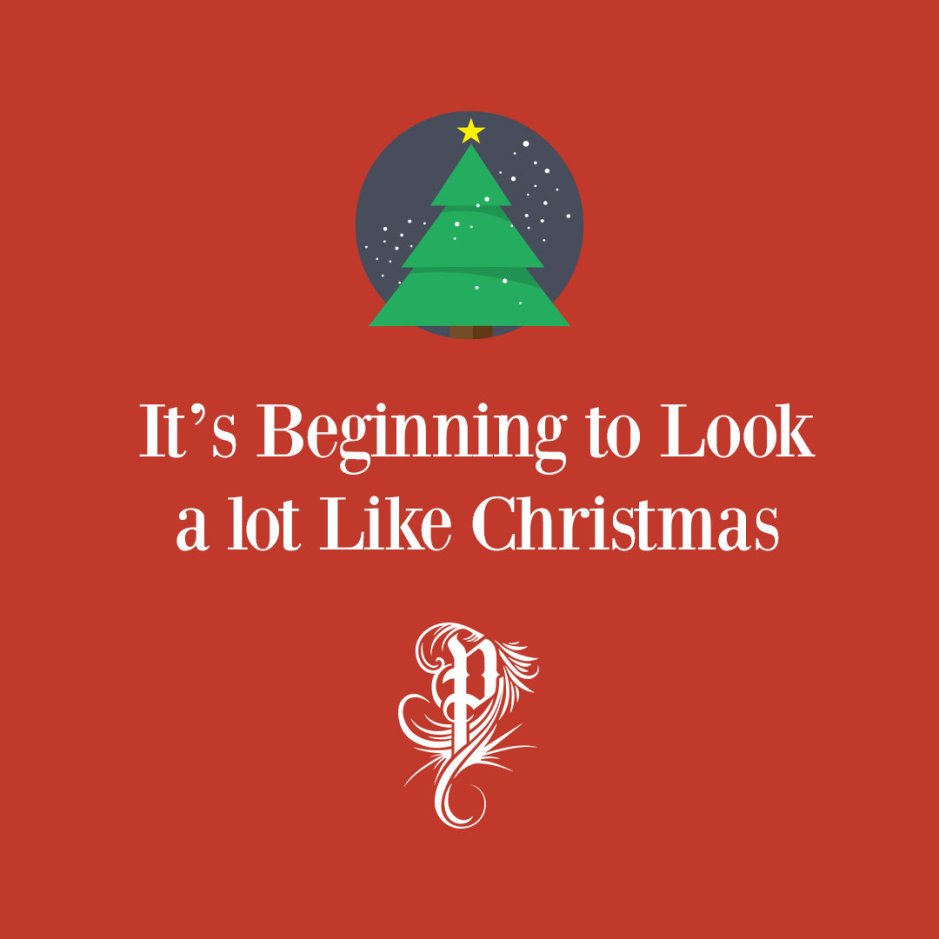 Bean is mostly recovered now, and she celebrated with Mr. Bean and Jr. Bean, who all went to the Verizon Store on Black Friday to get new phones.  Bean loves her Pixel 3, though at times still struggles with certain functions.  She says it works great and is “pretty,” thanks to the addition of a cool protective case in pink and grey. 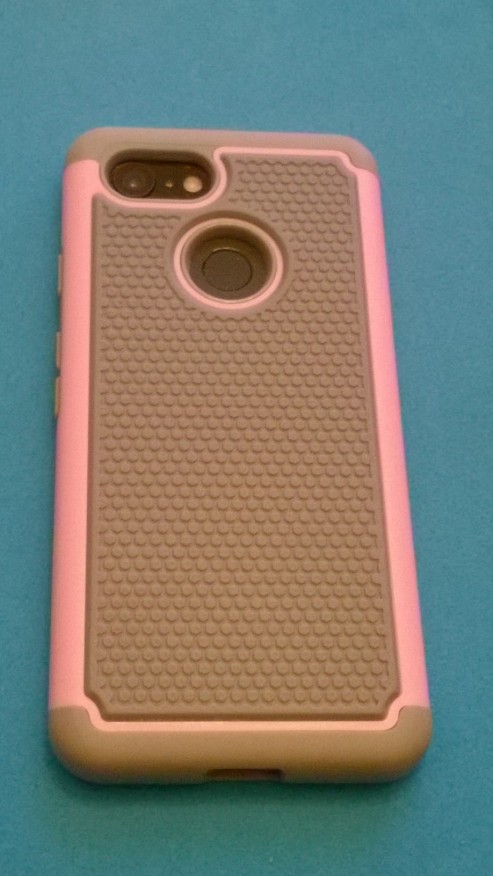 We are delighted to be hosting Elizabeth “Pinkly” Pinkerton’s good friend, Cooper Herbert. He’s only here for a few weeks, but has already proved most useful, helping to haul in the stones from Scar’s fountain. It was a big job.  He claims to feel right at home because of one of the other Ruruko girls, Saoirse, aka “Identa-Cousin,”  so called because she looks nearly identical to Cooper’s twin, Kestrel. Saoirse and Kestrel also had on  nearly identical sneakers. Saoirse says Kestrel’s were way cooler – Converse!

We are all now busy going over wish lists, making gifts and searching for them online when they can’t be created. 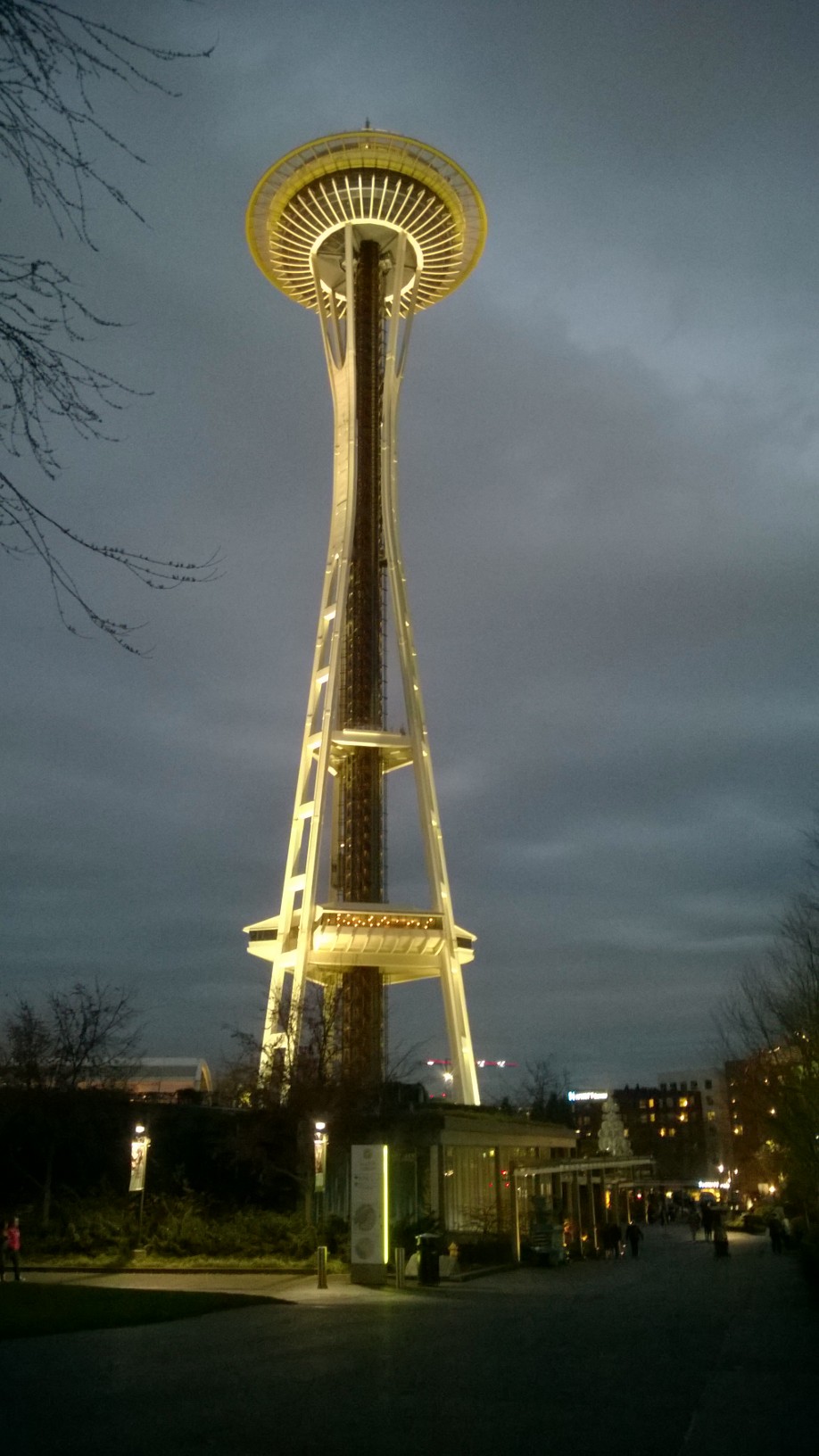 First of all, Cooper came and so Pinkly and he were very happy together. He brought her a pretty pink ribbon.

The Identa-Cousins met for the first time.  Saoirse on the right in white blouse, and her cousin Kestrel two her left. 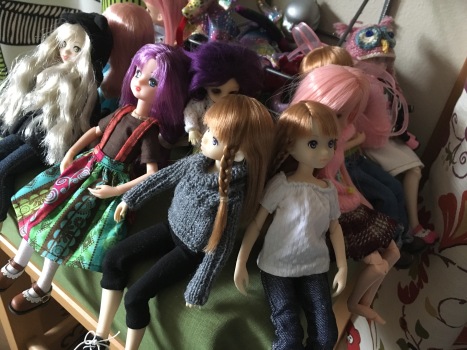 On Wednesday, we went into Seattle and visited the Chihuly Garden and Glass. Pretty awesome.  A small selection of photos follow. 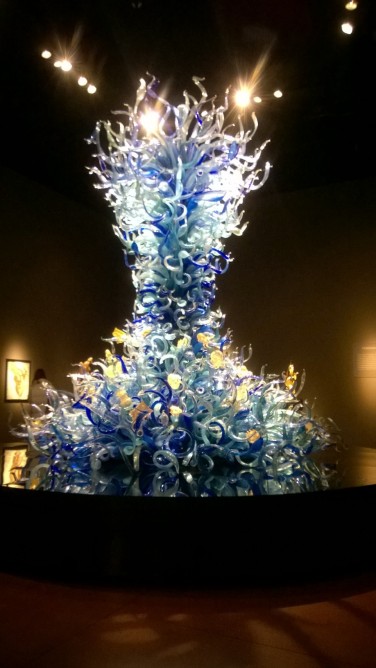 We visited the Pacific Science Center, which was hands-on for kids and big kids (hehe).  Bean really liked the Naked Mole Rats. We could not touch the critters or the cool large albino corn snake, but Naked Mole Rats are colonies, like bees, with a queen who produces the babies and workers, one of which was industriously creating a new nest during the visit. 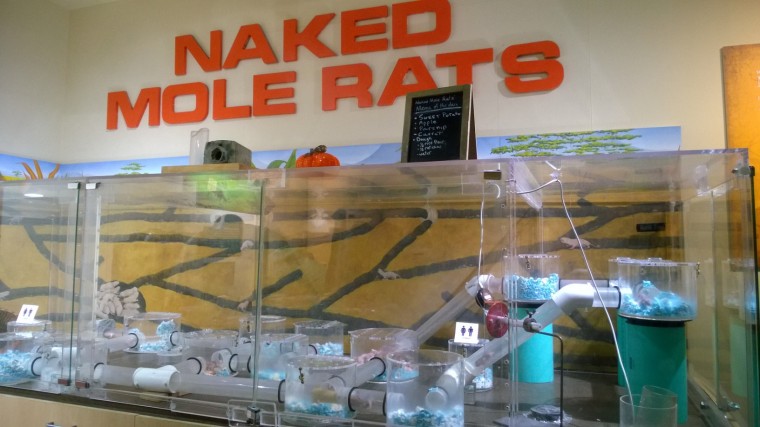 There was also brain touching.  Awesome.  It was a sheep’s brain, and we now know why sheep aren’t the smartest animal in the barn. Check the size (and yes, it was an adult sheep).

Thanksgiving was pretty tasty and awesome.  Never had dessert (pumpkin and cherry pie) because someone was too full of turkey, stuffing, gravy, cranberries, cheesy cauliflower, sweet potato casserole with some sort of awesome topping, green bean casserole, and rolls. 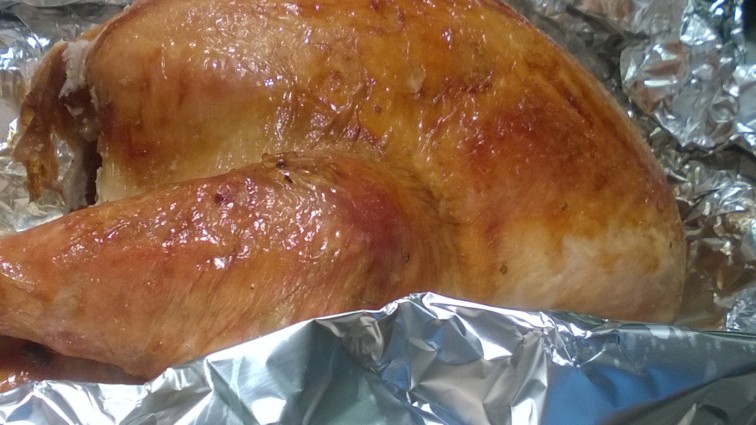 Today, Black Friday, the Bean, Mr. Bean, and Bean Son all went to the Verizon store and bought new phones.  Son got a Samsung Note 9 and the Bean and Mr. got Pixel 3 phones.  Everyone seems happy.

We have only another day and a half with the visitors, but there is one more big activity and potential games to be played.  A week never seems to last as long as we’d like.

Happy Thanksgiving Week to one and all….now, let the Krissmiss season begin!

Yesterday, Mr. Happy showed up, and tomorrow Auntie Sara and the Beanettes will arrive for the full week of Thanksgiving.  Typically, we go to a beach house every other year, but made a switch this year in part so the family could see our new digs.  Actually, Mr. Happy has seen Auntie Glenda and Uncle GT’s house, but nobody else has, and nobody has seen ours, so there is much to see and do.  As always, my Bean and Auntie Glenda have probably over-planned things.  At least nobody will lack for activity time!

We are all moving into Auntie Glenda and Uncle GT’s house for the week starting Saturday, but there will be a mid-week tea and sewing event at the Bean’s for the girls. We don’t know what the men and I will do.  We’ll think of something. It’s going to be a true crowd!

We are also eagerly awaiting the outcome of tonight’s Archery Team competition in which Uncle GT will be participating. I’ll try to do some special posts throughout this entire week on my Facebook page:  https://www.facebook.com/snipherbertBJD/

I’m ultra excited to also see some of my cousins from VA.  So much excitement.  Only Auntie Karla and her wee (and not so wee) Beans will be absent this year.  It was her announcement last year telling us she wouldn’t be at the bi-annual event that spawned this one. But they will be missed. We hope they have a great time too.  Maybe we’ll see some photos of their doings.

The airplane travel wasn’t entirely new to me, but it had been several years since I flew.  Not sure I enjoyed it.  But we arrived safely and, after a longish drive made it to our destination, Branson, MO.

We came for a Woodcarving Seminar and Hitty Retreat, back-to-back.  Our room had a swan towel that welcomed me, so Bean took my photo.  After sleep, we had our first woodcarving day.  Lots of old friends were there. The stairs up were steep, but once there, we didn’t mind so much.  Everyone carved Hitty.  Ours is still incubating.

Day two the plumbing had issues (turned out to be a collapsed sewer line down the way). Possibly not yet fixed since some people past the problem objected to them digging up the street or something.  For the Retreat, we moved to a lovely clubhouse in the neighborhood where the carving’s building owner lived.  It was already reserved for the final night, but she pulled a few strings and made it happen for the entire retreat. It was on Lake Taneycomo and lovely.

There were a few people there who the Bean didn’t know, and a few who she had never met, and some she had not seen for many years.  It was fun.  We watched a Hitty be born, swapped back and forth between carvers Janet Cordell and Adina Huckins, a tiny gourd turned into a cute Hitty birdhouse, and learned how to make a sheep from pipe cleaners and wool. Ours needs a smidge more wool on it, but is ultra cute.  There were sales tables and a silent auction, too.  One thing we purchased was a painting by Nancy Arthurs of the old carving cabin where Bean first learned to carve. In front of the cabin is the Farkleberry tree.  Bean is a member of the Farkleberry Woodcarvers.

The final evening was a dessert where the dolls were given out.  Each was carved by both Janet and Adina: one blocked the face, the other finished. Ours told use her name is Hitty Ja-dina, the first two letters of Janet and the last four of Adina. 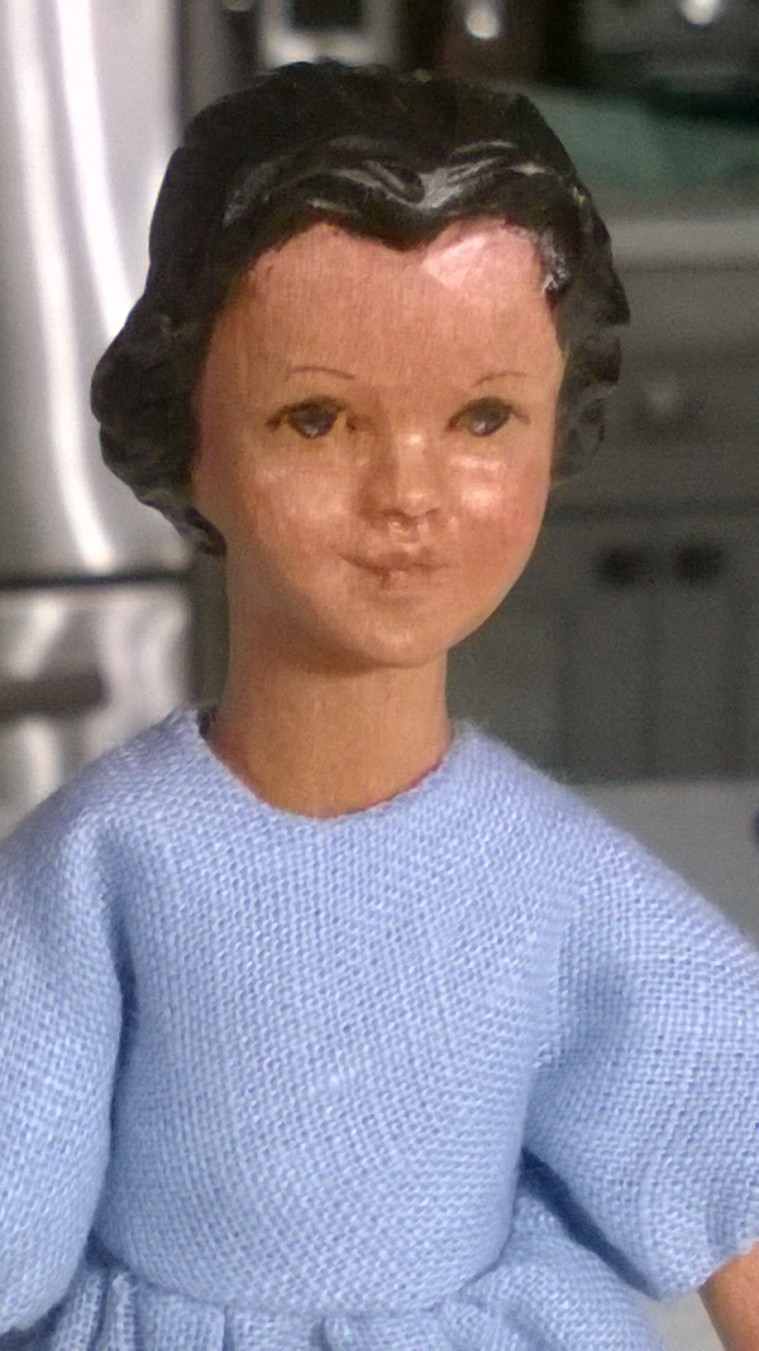 Our table decorations were lovely – driftwood with fairy lights and crow’s nests. I tested it out, since I was tired, and found it quite comfy.  Even more comfy is being home. 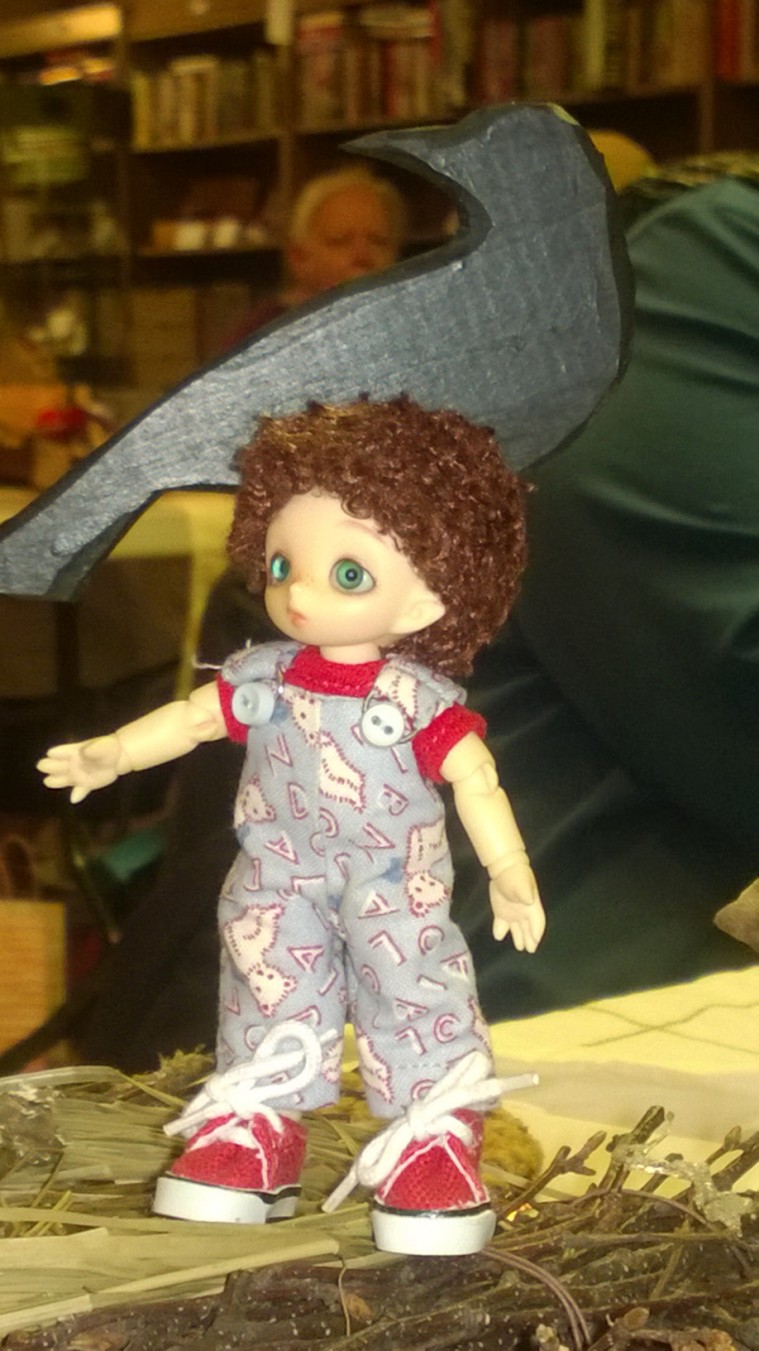 See you next week.

We got to Missouri on Sunday and started carving Monday morning.  Despite all odds, we managed to get most of a Hitty carved and moved from the Seminar to the Event today.  Saw old friends, made some new friends, and spent relaxed time with others.

Sorry to be brief, but I’m so tired from fighting off an alligators and a beat today. Photos are on my Facebook page, Snip Herbert.

I’ll try to put it all together next week, but I’ve been posting daily on Facebook, so consider checking that page.

Hugs from the Bean and her Snip plus Hitty GoBy.